Prism Falls is a Lv.29 map southeast of Henesys, it is connected to Spectrumwood, Crystal Vale, and Hotottot River.

One reason to go to Prism Falls is to try and acquire the rare Ceremonial Bull Mask. These rare drops are needed to summon the monster Orreos found in the map Misty Temple.

Ceremonial Bull Masks are rarely dropped from the various Ponglets scattered around the entire zone. Ponglets share the same spawn points with all other mobs within the zone, so if you don't find any Ponglets, just kill some of the other mobs and free some spawn points. 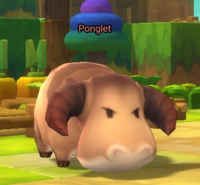 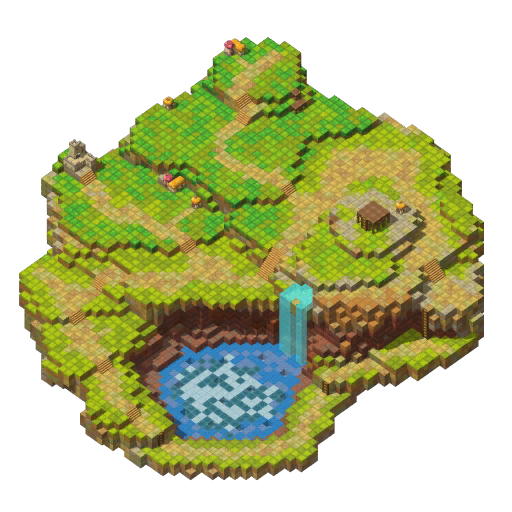 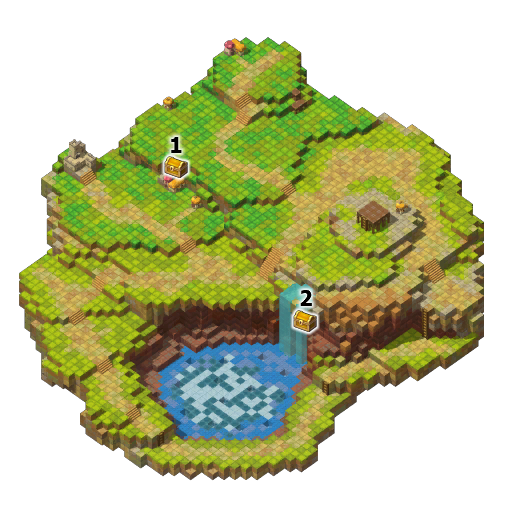 This Golden Chest can be found right next to Farmer Jake. On the ledge to the left of the buildings, you will need to break the two log piles that spawn in front of it to access (or even to see) the chest.

Lv. 29 Trouble on the Ranch: The Concerned Farmer

The water of the basin in Prism Falls's ground has gradually begun to turn into ludibrium blocks, and Farmer Jake is worried about how he will water his crops.

Gather water from what remains of the basin below the waterfall.