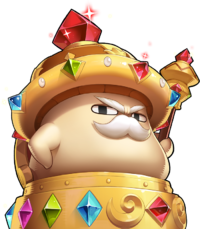 Mushking Royale is an experimental battle royale multiplayer game mode in MapleStory 2 wherein 50 players battle it out to become the last Mapler standing.

In Mushking Royale, every player enters with the same set of abilities and the same stats; a Lv. 50 Knight has no advantage over a Lv. 10 Mage. In order to get strong enough to best the competition, players need to hunt around the map, looking for sleepy Mushrooms to defeat and treasure chests to open in order to obtain useful weapons, items and consumables.

Mushrooms and Chests will drop a wide variety of items when dealt with. Some of these items include useful consumables, like healing herbs, damage boost, even trackers that can tell where other players are on the minimap, but they also include special abilities to really give opponents an advantage.

These powers are stronger than normal attacks and needs to be stocked up and aimed correctly as each power can only be activated once per pick-up. Players can also augment arsenal with throwable bombs, which can be found throughout the map. Some set the ground aflame, dealing damage to anyone that ventures inside. Other bombs boost the damage those splashed with the odd liquid take. There are also magnets, spike balls and a runaway cart that can be picked up and send careening at the enemy. Only one bomb can be picked up at a time, and the player won't be able to do some actions while holding it.

There's also a giant robot that players can jump inside and rampage around in. Late in the match, the Mushking will announce that these powerful weapons are available to use. In addition to providing a massive boost to health, players also gain special abilities to crush whatever resistance is left.

Mushking Island contains a large number of environmental details. The tall grass is one of the more generous details, as it completely hides a player from anyone outside the same patch of grass. The thorny grass isn't so benevolent and cause an amount of damage. Toxic sludge and other environmental hazards are the other factors that needs to be avoided.

The Towers scattered around Mushking Island might be one of the more insidious threats but don't deal damage to players. Golden Chests featuring a better selection of items can often be found at The Towers' base. An alarm will trigger once a player step on the area also notifying and every other player's on the mini map.

Mushking Royale was first featured during the Mushking Weekend Event in CBT 2 which granted various rewards including Founder's Pack and Sleepy Shroom's Boxes for those who participated.

From late august untill the end of september, anyone could participate to the Mushking Royale Pre-Season. Participating awarded players many rewards, including titles and cosmetics by trading Mushroom Coins with NPCs or by earning experience for the Royale Pass. High ranked players received exclusive titles aswell as Founder's Pack for the highest ranked. During this period, Mushking Royale was the only accessible part of the game with Royale Park and Mushtopia the only accessible maps. Any reward obtained during the course of this event are permanent and usable in the full version of the game.