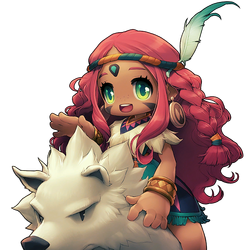 MapleStory 2 is a 3D isometric adventure MMORPG where players create their own character and select one out of several jobs to explore the new Maple World. Players will encounter various NPCs with various Quests, Monsters, and Bosses from the previous version as well as completely new ones to fight against. The game also features Dungeons and Raids for players to team up with each other to complete.

Outside of combat, there are also an assortment of activities for players to engage in, such as buying and building personal houses, crafting with Life Skills, fishing, composing music, creating custom user content such as custom clothes and much more.

Nexon published the first Closed Beta testing of the Global version which was held on 9th May 2018 to 16th May 2018, and a second Closed Beta was held on 18th July to 1st August 2018. The game was released 10th October 2018 with players who purchased a Founder's pack starting on 1st October 2018. On Wednesday 27th May 2020, Nexon ended service of the global version of MapleStory 2.

To write a new article, just enter the article title in the box below.

Not sure where to start?