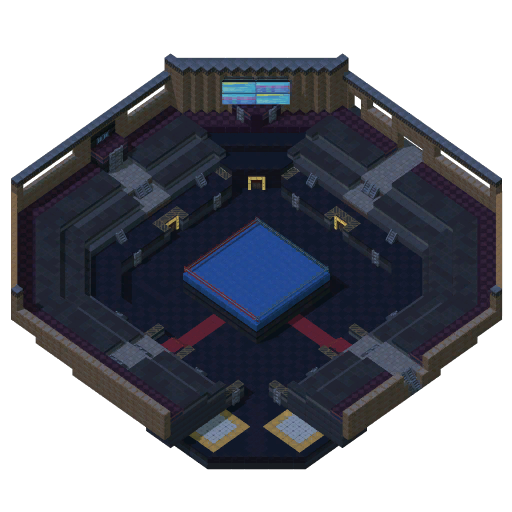 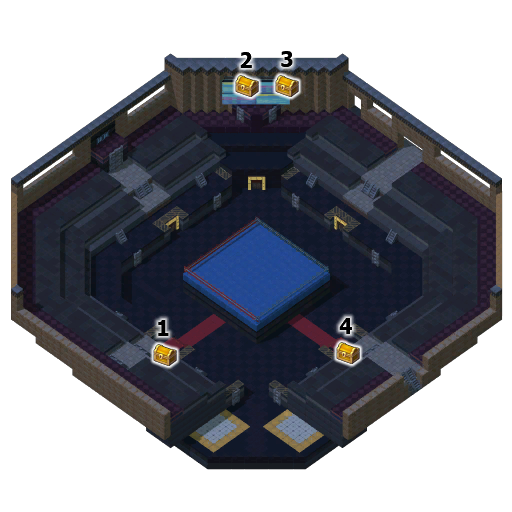 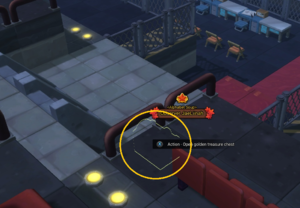 The first of the four chests can be found in the south-west side of the map in a hole where the red carpet meets the wall. 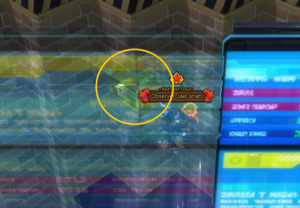 The second of the golden chests can be found right next to the first one; it is behind the top-left monitor above the healing spot sitting on a ledge. 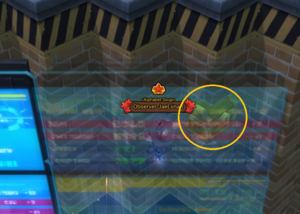 The third of the golden chests can be found in the northern part of the map, behind the top-right monitor above the healing spot sitting on a ledge. 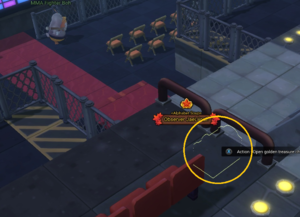 The final of the four chests can be found in the south-east side of the map, mirrored to the first chest, where the red carpet meets wall (the side that isn't the boxing arena) there is a short hole where the chest will spawn.